People Are Flocking to Texas

For the past six years — according to the latest data — more than half a million people have relocated to Texas.

And for good reason.

Cost of living, no state income tax or just the fact that Texans are so darn friendly — there are many reasons people are heading to the Lone Star State:

No Income Tax
Nearly every state in the nation has an income tax, wavering from below 4 percent to more than 12 percent (poor Californians) depending on income. But wait — don’t Texans have to pay more sales tax and property tax? Yes, but not too much more. Sales tax rates are on par with most states, at an average of about 8.19 percent. The effective real estate tax rate, according to wallethub.com, is 1.81 percent versus a number of states that have less than a 1 percent effective real estate tax rate. But because home prices are generally lower in Texas than many other populous states, homeowners pay less in property taxes even at a higher rate.

Housing Prices
Did you catch the “home prices are generally lower in Texas” above? The average home value in Texas is $213,036 — approximately $225,000 less than average values in Massachusetts and about $365,000 less than the average home value in California. That means you can get into homeownership sooner than in other states and/or you can buy more home for your money. A 2,200-square-foot home in Vallejo, California, — considered one of the least expensive places to live in the San Francisco Bay Area — built 10 to 15 years ago runs you nearly $600,000 according to a recent listing. A recent new 2,200-square-foot home in Woodforest costs just over $350,000 — build from the ground up with no options and the price drops to $315,000. Have a budget closer to $600,000? Perry Homes’ Design 4016W in Woodforest gives you 4,016 square feet, five bedrooms, 4.5 baths, a game room, media room, home office, formal dining and three-car garage base-priced at $521,900 — leaving plenty of room in the budget for optional customizations.

Prices of Everything Else
And it’s not just taxes and home prices that are less in Texas — just about everything else is, too. Groceries, health care and utilities all track lower in Texas than the rest of the nation. And in the Houston metro area, you’ll find that healthcare and utilities cost even less on average.

Tex-Mex and BBQ
Sure, you can argue that there are barbecue and Tex-Mex restaurants all around the country. But you’ll only get authentic Tex-Mex in Texas. And as for barbecue, let’s just say that barbecue sauce shouldn’t be white or made with mustard.

Reasons to Move to Houston
While there are plenty of reasons to move to Texas, we’re mighty partial to the Houston area. Here’s why:

So Much to Do
We’re not all cowboy hats and rodeos (although, the Houston Livestock Show & Rodeo is pretty fabulous!). There is shopping galore, restaurants of every type (more on that later), tons of museums and professional arts troupes in ballet, opera, the symphony and theater. The Houston area is also a magnet for big-name performers, with the outdoor Cynthia Woods Mitchell Pavilion in The Woodlands a popular venue.

Quality Health Care
There are more than 125 hospitals in the greater metropolitan area, but Houston is probably best known for the Texas Medical Center (TMC) — the largest medical center in the world. Texas Children’s Hospital located there is not only the largest children’s hospital in America, it was recently ranked No. 4 overall and in the top five for seven specialties — with a No. 1 ranking in pediatric cardiology and heart surgery. MD Anderson Cancer Center at TMC is considered the top cancer hospital in the world.

A Foodie Find
You can’t live on queso, tacos and brisket alone — and in Houston, you don’t have to. Houston is ranked among the top 10 foodie cities in the U.S., offering a culturally diverse menu of flavors and innovative dishes. Restauranteur and Ugly Delicious creator David Chang has even called it the most exciting food city in America namely because of the diversity of cuisines and chefs eager to experiment and combine flavors.

Obviously, there’s plenty to love and enjoy in Texas and in Houston. But what makes it even better is the friendly, welcoming attitude of the people who already live here. Make the move and in no time, you’ll be saying “y’all” and proudly calling yourself a Texan. 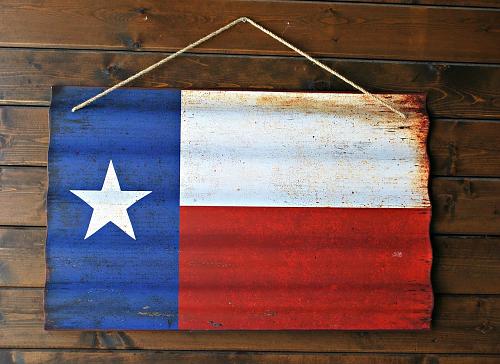