Dirt is turning on new amenities Woodforest residents will be able to rally on — literally. Four more tennis courts are being added to Forest Island.

With the addition, resident tennis players will have six courts available. All courts will have lighting, with lights at the two existing courts being upgraded. Land next to the current courts is being cleared for the new ones, with actual work expected to begin by early June. Right now, the courts are estimated to be complete by the beginning of August.

Forest Island is fun central for Woodforest residents, offering not only the tennis courts but a basketball court, playground, resort-style pool with twisting slides and a fitness pool. Under construction now is a 4,500-square-foot clubhouse that will offer event space, offices, a kitchen and a resident lounge with a bar and coffee bar. The two buildings of The Palm clubhouse and information center will anchor an event lawn and courtyard with café seating.

The additions join a long list of Woodforest amenities that includes Stampede Sportsplex, Admiral Bark Park, numerous parks and playgrounds and miles of trails. Plus, residents of Bonterra at Woodforest enjoy their own amenity complex complete with a clubhouse, pool, fitness center, hot tub, pickleball and bocce ball courts, massage room and more.

There’s something for everyone in Woodforest. See how you can make the move to our growing community today. 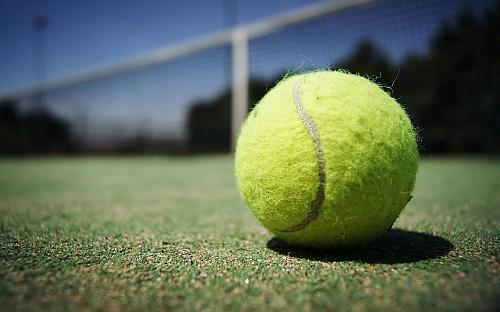